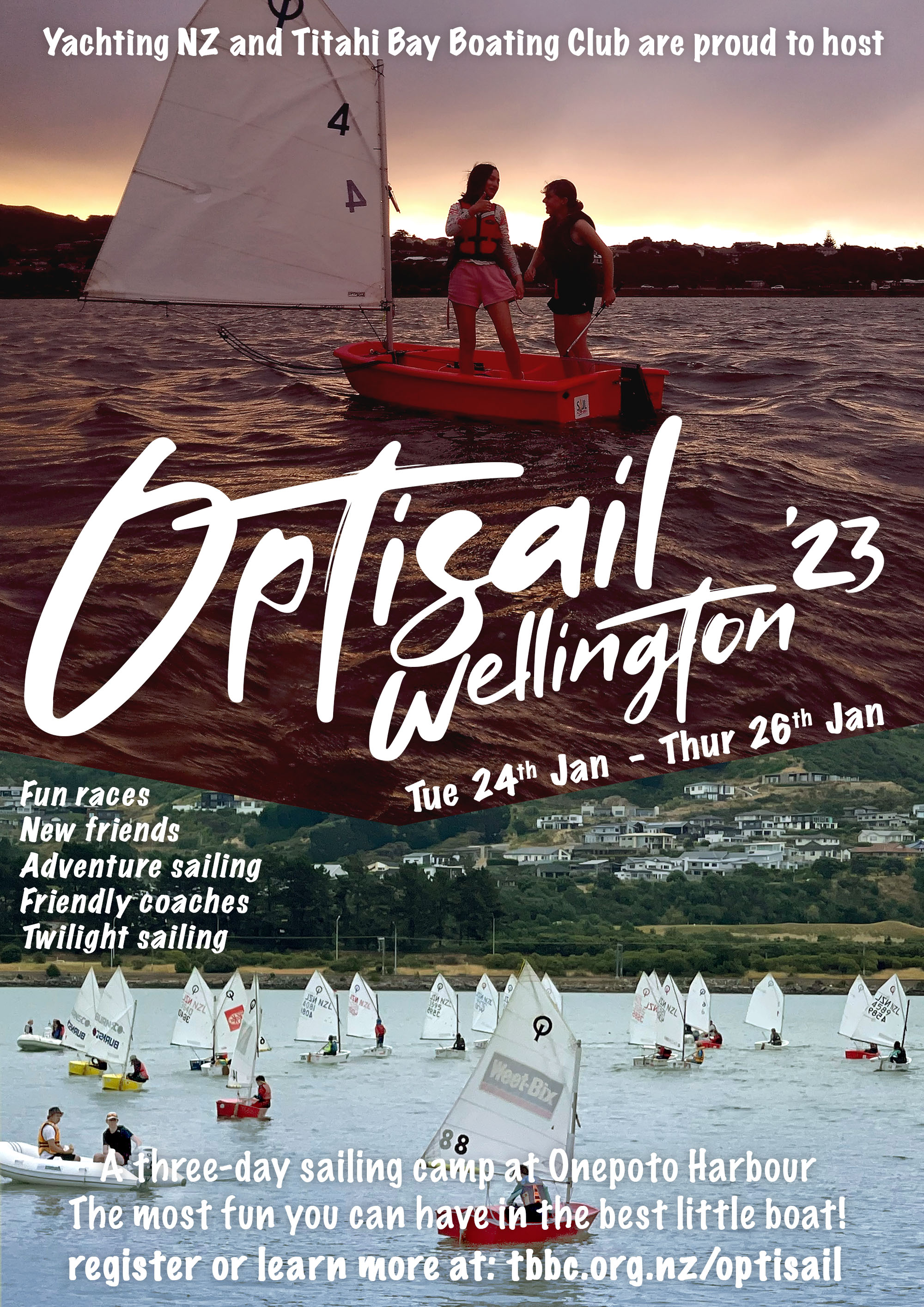 Dry out the booties, dust off the wetsuits. Winter is nearly here!

The Titahi Bay Boating Club regatta returns on the 9th of April.

This is our last event for the "summer" season, and incorporates the Paremata-Plimmerton-Titahi Bay Interclub series.

COVID-19: As this regatta is considered an 'event' under the CPF framework, a valid My Vaccine Pass will be required for spectators and participants.

A wise man once said that a smooth sea never made a skilled sailor.

So it was, when Optisail 2022 kicked off on the 25th of January under the shadow of a Big Red COVID Traffic Light, it was with a degree of caution and trepidation.

Yet with a continued desire to inspire the next generation, everyone - especially our sailors - did their best, and after three days went home with smiles on their faces.

A big thanks goes out to all of the coaches, volunteers, and organisations who made this event happen.

Finally, a special thanks to Murray Knowles, Craig Allfrey and Wayne Holdt for organising and running Optisail.

Go to the Optisail 2022 page for all the information and sign-up forms! 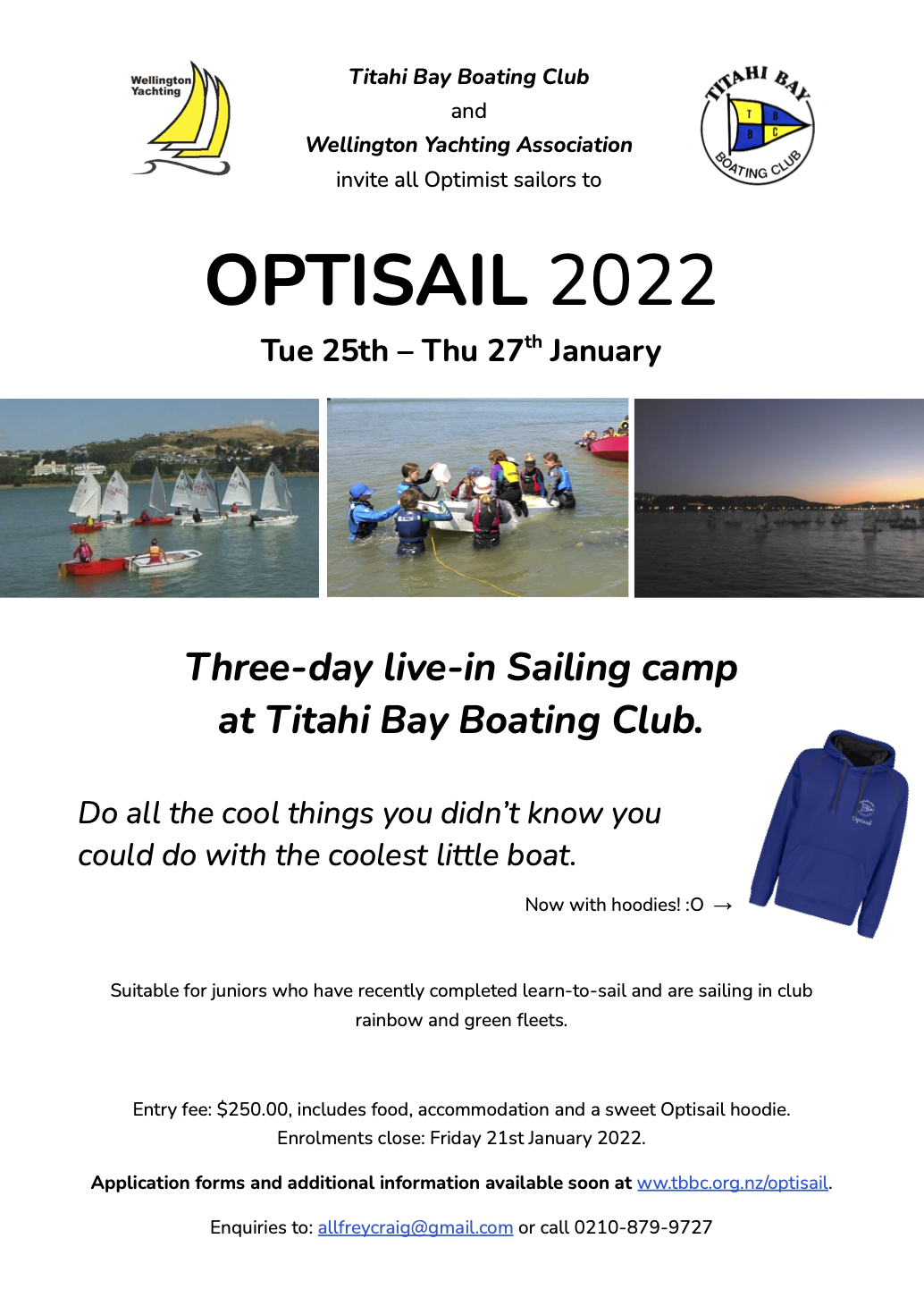 Nine sailors from Titahi Bay Boating Club entered into the Hansa National
Championships on Lake Taupo on the 9th to 11th April.

Titahi Bay Boating Club members entered into two of the three classes of yachts sailed. They were all open to people with any or no disabilities. Sailors came from Auckland Hamilton, Tauranga, Waitara, and Wellington.

In the Hansa 303 Singles Class, Darrell Smith presented an almost perfect performance with only 1 second place in 8 races. He was followed up closely by Graham Hook, also of TBBC.

In the Hansa 303 Doubles Class, TBBC’s Matthew Henderson took out the trophy with Darrell Smith as his crew. Second place also went to Titahi Bay with Laura Stuart on the helm. Toby Ireland with his companion Crew won the Blind 1 Medal.

The regatta was postponed because of COVID-19, but still attracted over 30 sailors from all over New Zealand. TBBC Commodore Nick Vause said he was more than satisfied with the results.

"It is great to see members of our club performing at a local and national level. This is in no small part due to the hard work of a growing core of volunteers. Recent growth in our membership has enabled us to fast-track plans for improvements to our facilities, including expansion of storage capacity to cater to more sailors."

On Sunday, those who stayed at home for the classic boats mess-about enjoyed a pleasant day. Local harbour users and boating enthusiasts couldn't resist the attraction, and the typically marginal weather turned out to be more than ideal. 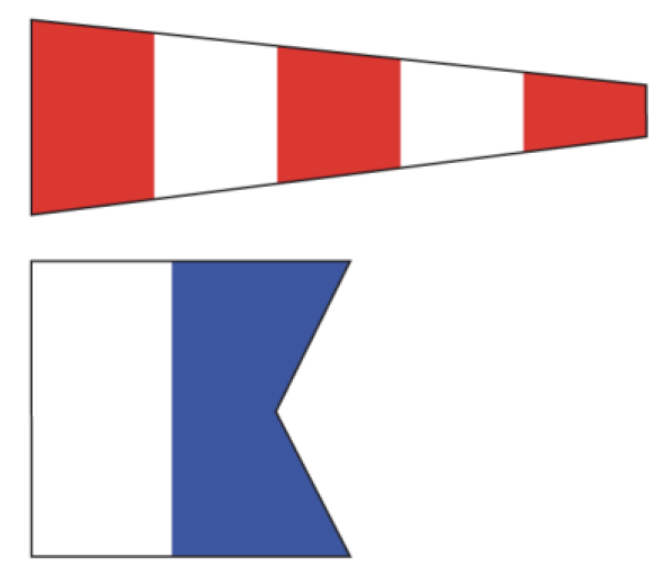 Our friends and affiliates

Find us in real life!